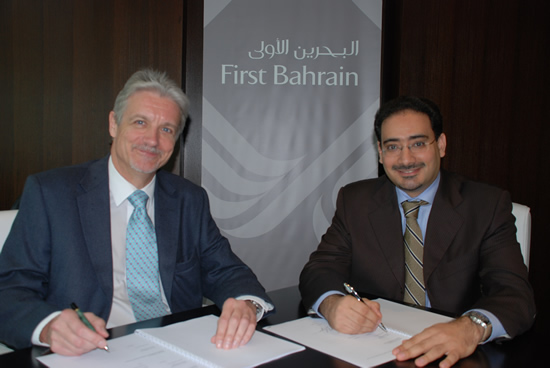 BWS Middle East, the Bahrain branch of the BWS Group its parent company in the United Kingdom, has been operating in the Gulf region for over 30 years providing cost and project management services and advice on planning and control of expenditure within the Middle East construction industry.

BWS Middle East will be involved in cost control management for First Bahrain’s project at the Bahrain Investment Wharf (BIW), as well as other projects. First Bahrain’s current warehousing project at the BIW is an example of the company’s demand-driven investment approach and when launched later this year, will fill an existing niche in the Bahrain market for logistics space catering to the small to medium enterprise sector.

Amin Al Arrayed, General Manager of First Bahrain, commented “First Bahrain previously held a business relationship with BWS Middle East and through our strong relationship we are confident in their appointment as our cost consultants. As the regional markets weather the global economic downturn it is essential to keep a constant and watchful eye on planning and cost control of expenditure. The appointment of BWS Middle East is also indicative of the way we do business, maintaining high standards of corporate governance and transparency in our practices.”

According to Peter Makepeace, General Manager of BWS Middle East, “Baker Wilkins & Smith Middle East is delighted with our appointment as cost consultants to First Bahrain. Since our establishment in Bahrain in 1972, we have provided professional quantity surveying, cost consultancy and project management services to our many clients throughout the Gulf region, and respect and admire the proactive approach and professionalism shown by First Bahrain.”

The first warehouses are due to be delivered in nine months, with the entire project due for completion in 18 months. In addition to the physical warehousing space, the development will boast a range of services that cater to the needs of its tenants including 24 hours a day, seven days a week security service, state-of-the-art information communication technology provisions, assistance on efficient design and use of space, and a range of other value added services.