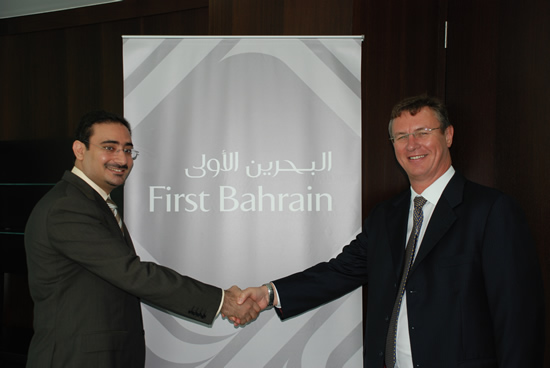 Mace will be responsible for managing construction planning, project schedules, operational and construction issues and procurement strategy.
The announcement coincides with the recent appointment of an international architectural firm to master-plan the 22,000 square meter development which will feature a hospitality complex including a Sharia-compliant five star hotel and serviced apartments along with office and residential towers.

Welcoming the agreement with Mace, Amin A. Al Arrayed, General Manager of First Bahrain said: “A development as large as our Seef project needs to be carefully managed. Working with the best people is paramount to success and we believe that Mace is the right partner with a level of understanding and experience to bring the development to fruition. We now have a team in place that can deliver a world class facility. Our next step will be to work alongside them on the appointment of the lead contractors and subcontractors.”

The award-winning Mace Group has been responsible for some of the world’s most iconic buildings in recent times including Venetian Macau, the London Eye, the British Museum and Singapore Sands. Mace also recently earned the prestigious accolades of having six of its projects achieve International Safety Awards in 2007 and of being chosen as the 2008 UK Project / Construction Managers of the Year.

Commenting on the project, Andrew Johnson, Director of Mace in Bahrain said: “Mace is delighted to work alongside First Bahrain in the realization of its vision. The Seef development is one of the most pioneering and innovative developments in the Kingdom and we look forward to successfully working with First Bahrain over the next three years to ensure the on-time completion of the project.”

First Bahrain, whose principal shareholders are leading and regional institutions including Global Investment House, will be the developer for the prestigious project. First Bahrain will be seeking partners and institutional investors to co-develop the project.