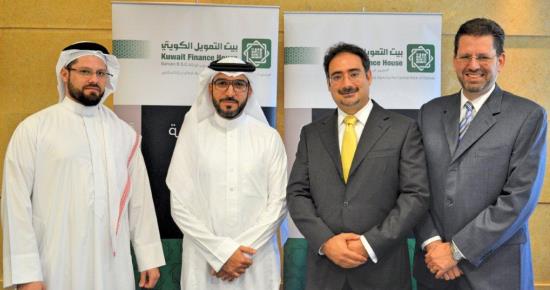 Amin Al Arrayed, Chief Executive Officer of First Bahrain commented: “We are most pleased to have KFH’s support for this new commercial venture, in like manner to the backing they provided when we first launched our Majaal industrial project. KFH has been alongside us since our very beginning and our success has been their success.

Mr. Al Arrayed continued: “The financing comes in perfect timing as we have recently received the building permit and Almoayyed Contracting Group is already at work on-site. We are thankful for the way KFH is helping to bring this project to life as we look forward to the benefits this centre will bring to the Janabiya community.”

Sattam Al Gosaibi, Executive Manager, Head of Corporate Banking Group for KFH-Bahrain, stated: “Having funded First Bahrain’s industrial development in 2008, we have now worked together for over seven years. Relationships are important to us as evidenced by our long partnership with First Bahrain. First Bahrain’s prior success in the midst of a difficult season only reaffirms our confidence in their management team and its endeavours. We share their belief that this project will be successful and we are pleased to give it our full backing. We wish them every success.”

The project team has begun their work on the first phase of a new neighbourhood retail centre which will initially span an area of 86,000 square feet, offering over 48,000 square feet of leasable space. The project is conveniently located at the corner of Avenue 27 and Road 7151, just off the Shaikh Isa bin Salman Highway on the way to the King Fahad Causeway to Saudi Arabia. The development will embrace Janabiya’s identity and culture and add value to the community with a mix of food and beverage outlets, an anchor supermarket and other related services.