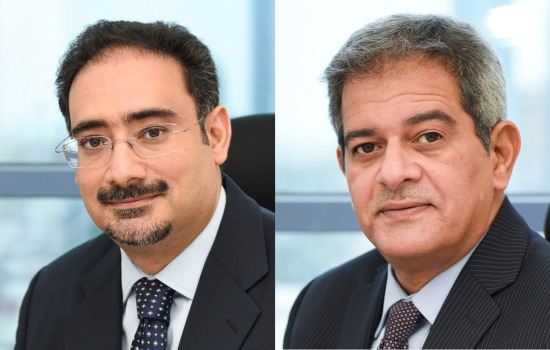 During the meeting, Waleed Alkhaja, Chairman of First Bahrain, discussed the diversification and growth of the company’s portfolio of investment properties, stating, “First Bahrain is gaining momentum as it implements its growth plans, activating of dormant land holdings and diversifying its sectoral holdings. This year we entered two new sectors with the nearly completed El Mercado Janabiya retail project and the recently launched El Mercado Village residential villas for sale.”

Mr. Alkhaja went on to detail the progress of the new commercial development which is now 92% leased and expecting to open its first shops within the month. He also mentioned the complementary development of 42 villas which was launched at the Gulf Property Show in Bahrain during the last week of April 2016. Through these new projects in the retail and residential sectors, the company diversified its holdings beyond the industrial sector where it had developed its reputation as a leading developer and operator of industrial facilities for SMEs under the brand Majaal. At year end, the Majaal development was fully leased and generating solid cash flow.

“The activation of our holding in Janabiya is representative of our effort to convert each of our properties from raw land to income generating assets. The active portion of our portfolio grew to 56% in 2015, up from 41% in 2014,” added Mr. Alkhaja.

Mr. Alkhaja affirmed that the Balance Sheet is lean and healthy, holding no doubtful assets and not over-leveraged, having a debt to equity ratio of only 17%. He likewise noted that asset values have increased by an average of 7.25% over each of the past two years.

“I am very pleased to report that all of this growth has been funded through current operations and project finance sourced by the Management. Our growing income from real estate operations and professional fees from managing third party properties is strong enough to insulate the Company from external shocks and is now giving us predictable and steadily increasing cash flows, “stated Amin Al Arrayed, Chief Executive Officer of First Bahrain.

Looking to the year ahead, Mr. Alkhaja concluded that First Bahrain will continue to build momentum and turn the flywheel at increasingly faster rates. El Mercado Janabiya looks ahead to its official grand opening in late September. Already generating revenue, the cash received from this retail centre will increase the annual net rental income by over 40%. Furthermore, the Company has started accepting reservations for the villas which are expected to be complete by the end of 2017. Beyond these two active projects, First Bahrain will continue managing the operations of its existing income generating industrial properties and those they manage for third parties. The company is also exploring ways to monetize a portion of these industrial holdings to generate cash for regional expansion for Majaal along with dividend payments for its valued shareholders.